Los Angeles is the city which attracts by its richness, the place where you can see many celebrities, where the major centers of science, economy, culture, education and entertainment industry are concentrated. For many tourists Los Angeles is mainly a great entertainment place, the world’s filming location, which provides the opportunities to achieve success, fame and prosperity. Day and night life in the city is so rich, colorful and amazing, that the local atmosphere captivates everyone from the first minute – it seems like you really find yourself on another planet, the planet of bright lights and bustling entertainments.

So, imagine that you are already in Los Angeles – you are going down the ladder and trying to figure out where you should start your trip, where you should go for bright impressions. In order to relieve you of puzzling over this issue, we have selected for you the best places which are really worthy of your attention.

The Walk of Fame on Hollywood Boulevard 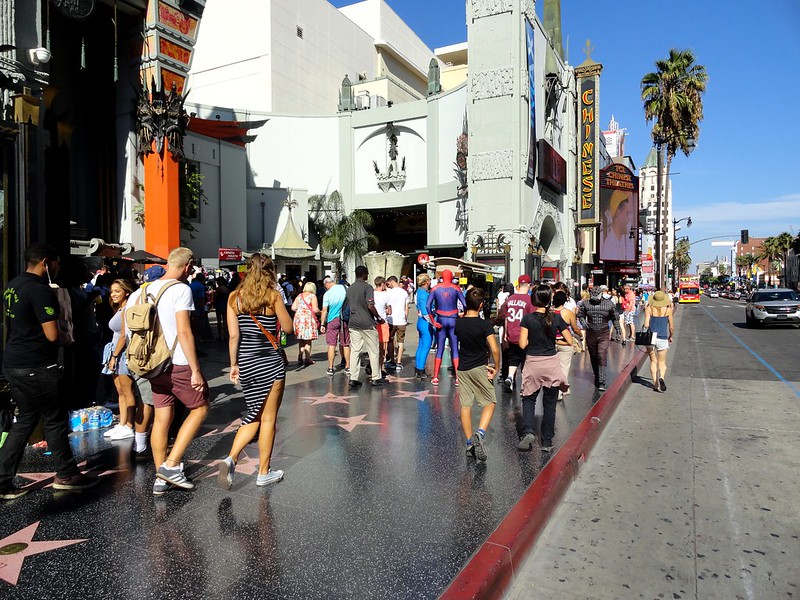 Of course, the first thing Los Angeles is usually associated with is Hollywood Boulevard, where you can see the stars engraved on the pavement with such renowned names as Johnny Depp, Brad Pitt and Britney Spears. Every year new stars with the names of the actors, television presenters and prominent people of the film industry appear there. The Walk of Fame is the place where it is easy to see celebrities, happily posing near the newly revealed stars. There is even a timetable, which specifies the days when celebrities come to the boulevard to perpetuate their names. Among the other interesting places on the boulevard are the Chinese Theatre, Kodak Theatre and the W Hollywood Hotel, the rooftop of which offers a beautiful panoramic view of the Hollywood Hills. 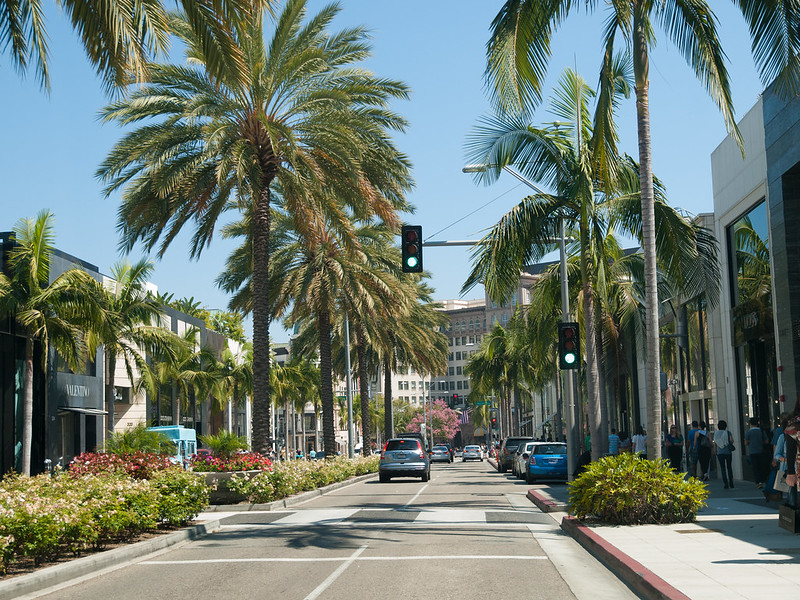 This is a street in the heart of Los Angeles. Its most famous part extends only for three quarters, but it is among the five most expensive streets in the world. You can see there numerous trendy stores and boutiques. The crossing of Rodeo Drive with Crescent Drive, Santa Monica Boulevard and Wilshire forms the so-called Golden Triangle. It’s a big pleasure to shop there. Your attention will be drawn by the amazing architecture of the buildings, and multiple shop windows with the best goods. Among the boutiques presented there are Christian Dior, Prada, Gucci, Dolce and Gabbana, Fendi, Lacoste, Salvatore Ferragamo, Tiffany & Co., Valentino, Versace, Yves Saint-Laurent and other well-known brands. 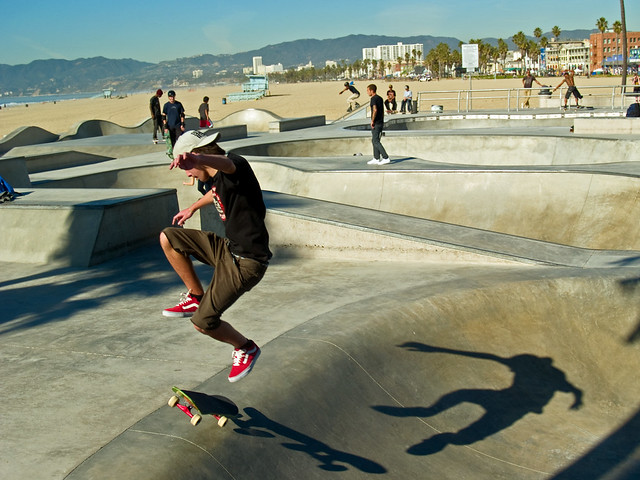 This 5 km long beach is located an hour away from downtown, in a picturesque area, to which you can easily get by a Los Angeles car rental.

This is one of the most famous beaches in Los Angeles, and even though its name is consonant with the name of the Italian city, these two places have nothing in common. The life of Californian Venice is closely connected with the film industry, and this is what makes the place even more romantic. The beach used to be a filming location of such movies as “Speed”, “Breathless”, “Baywatch” TV series and many others. This place with a lot of musicians, artists and unusually dressed people will let you feel the atmosphere of complete freedom.

This is the largest urban park in America. Its territory covers approximately a total of ​​ 1.7 hectares, which is 5 times bigger than Central Park in New York! But except for the park itself, it’s recommended to visit Griffith Observatory, located on the highest point of the city. If you visit the observatory and its observation deck, you can fully enjoy the greatness of Los Angeles, since the entire surrounding area is perfectly visible from any point of the Observatory. The view is especially fascinating in the evening, when the city is filled with lights. You really have to see that!

This is one of the most exciting and popular spots in Los Angeles. This first outdoor farmer’s market in Los Angeles was established in the 1930s by the oil magnate named Gilmore. The market is located at the intersection of 3d Street and Fairfax Ave. Originally, there were gardens and farmers’ dairy farm in this area, and only in 1934 a large market was opened there.

Today, Farmer’s Market is one of the largest and most visited shopping centers in Los Angeles. Every year it is visited approximately by 3 millions of people. There’s always a lively festive atmosphere in the market, what makes it famous among tourists and locals. Throughout the summer you can attend there jazz evenings on Tuesdays and dance parties on Fridays. 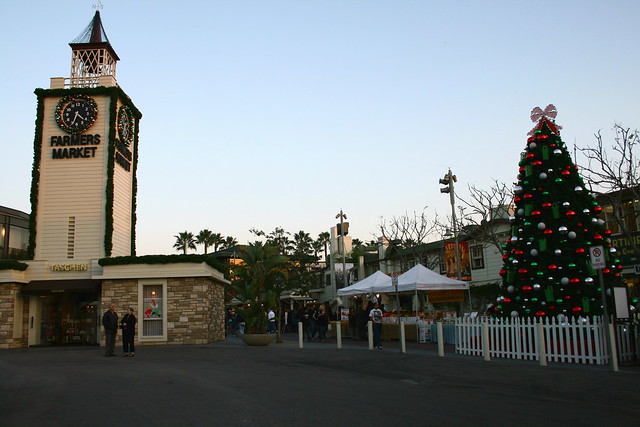 The proximity to CBS Studio and the Hollywood has made the market very popular among celebrities. At different times the market was visited by Elvis Presley, Marilyn Monroe, Frank Sinatra, the Beatles and many others.

In fact, there are much more places in Los Angeles which can be recommended for visiting. In this city any visitor will find something interesting for oneself. Someone will be attracted by local museums, others – by skyscrapers and parks, luxurious yachts and coastal piers. Anyway, a trip to LA will certainly bring you lots of thrilling impressions!