What does Manchester associate for you with? Probably, the first thing that comes to your mind is football. Indeed, the whole Manchester is saturated with the spirit of this game and you can find some football attributes almost everywhere.

However, Manchester is not just all about the football game. It is also the city with rich cultural heritage, offering its visitors a fascinating sightseeing and entertainment program. Now you have a chance to check out the places in Manchester that will not simply help you to get acquainted with the city from the cultural viewpoint, but will also help you not to get bored there!

Places to see while visiting Manchester 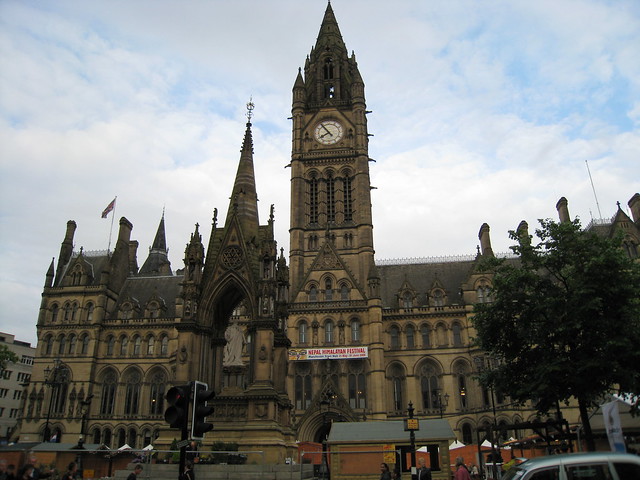 This vast building in the city center is a unique symbol of Manchester’s cultural and historical heritage. The Town Hall is probably the most famous attraction of Manchester, representing a giant central clock tower 85 meters in height. You can see it from many parts of the city as its magnificent neo-Gothic architectural style draws everyone’s attention. Dark shade of facades, intricate details on the walls, vertical columns and numerous windows add the Town Hall a unique historical beauty.

The Church of St. George 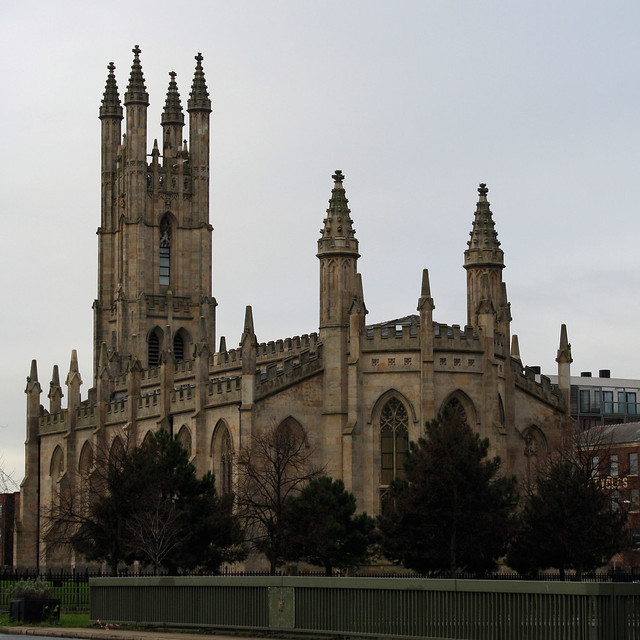 Being one of the numerous attractions in Manchester, the church belongs to the representatives of Victorian buildings constructed in the Gothic Revival style. A tall tower, located in the western wing, is considered the church’s main attraction. This building is still functioning, and different kinds of ceremonies, accompanied by organ music and choir singing are held there.

One of the most beautiful sights in Manchester – the cathedral traces its roots back to the middle ages. Within the period of its existence it has undergone many transformations. In the result of the reconstructions, the cathedral has now the widest nave among all English churches. Nevertheless, you can still find a unique wooden furniture and decor of XV-XVI centuries that have miraculously survived in the cathedral. 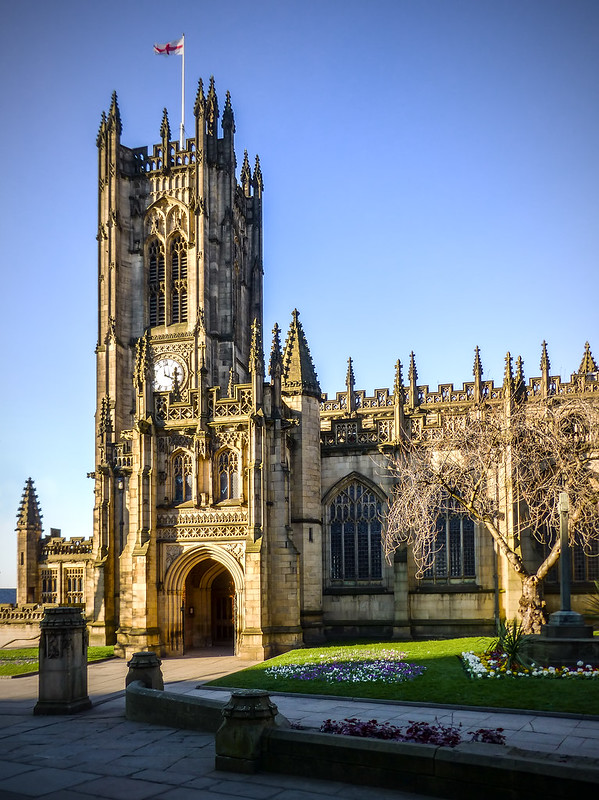 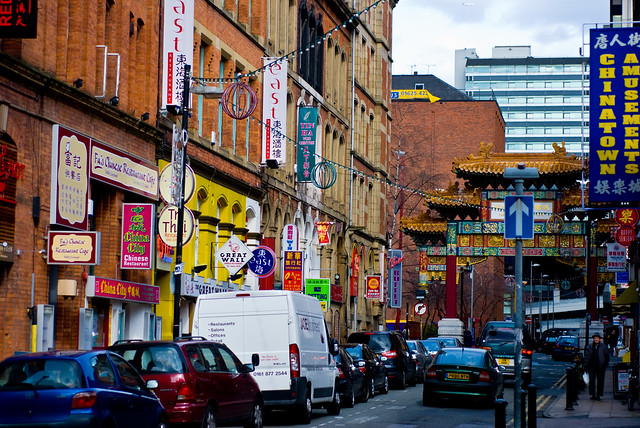 Like many other cities, Manchester also has its own Chinatown. It is located in the eastern part of the city center, and you definitely have to go there because this place can tell you a lot about Manchester. A beautiful arch, made in traditional Chinese style indicates the heart of the Chinatown and is considered to be its highlight. Certainly, you can try there cuisine from different regions of China and, in addition, you can find there restaurants of Japanese, Thai and Nepalese cuisine. When you go there, make sure you go to the supermarkets – you can find there lots of exotic provisions.

Things to do in Manchester 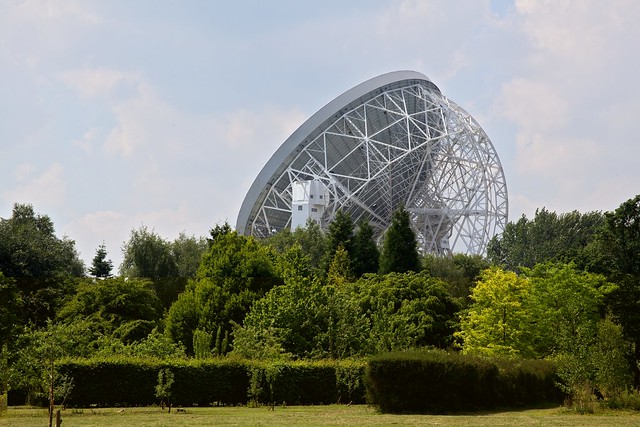 The observatory, which belongs to Manchester University, is an operating research center, located 30 kilometers southward from the city. If you would like to get there fast and with comfort you should rent a car in Manchester.

There are four radio telescopes in the observatory, through which 24 hours/day the researches are monitoring the heavenly bodies. The main of them is Lovell radio telescope, which dominates the surrounding countryside and is visible at the distance of several miles. The observatory houses a tourist center, which is a large park with several pavilions. Most exhibits were installed to let the visitors feel and touch everything. Several times a day professional animators are making shows, telling about the Big Bang, black holes and the first lunar landing.

Go for an extreme rope Adventure 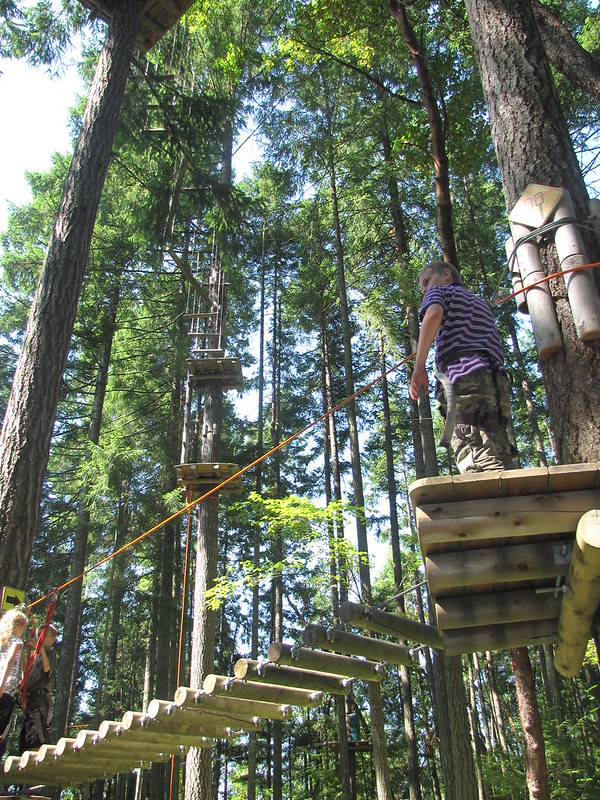 Recreational-oriented Adventure Parks offer a relatively new form of entertainment, and are usually open during the warmer months. But here in Manchester it welcomes the visitors all year round.

Aerial Extreme center offers several routes with different levels of complexity. You will be suggested to get over 38 obstacles at the height of 4 to 8 meters on the ropes stretched between the huge trees. The most courageous visitors can jump from the height of 10 meters with a rope tied to the body.

The whole adventure takes around an hour and a half and is a real fun for the whole family!

Take a ride by the Old East Lancashire Railway

The world’s first trip on a passenger train took place in the XIX century between Manchester and Liverpool. Now the track is renovated, and tourist retro steam locomotives are running on it. The track lies along the Irwell River through tunnels, viaducts, small towns and sheep-graze fields, providing you amazing views.

The trip includes six stations – you can start from any. All the stations are decorated in the style of the mid XIX century. Engine drivers and conductors of the trains are wearing historic suits. The trains are running every few hours, so you can get off the train at any of the stations to take a walk around the city and then come back to continue the trip again.

So, as you see, it may be interesting to come to Manchester not only for the fans of football, but also for those who love during the trip to stroll along a city’s streets and learn about its history.

Besides, Manchester can offer you lots of opportunities to spend your holidays there with fun! And regardless of the number of visits to the city, Manchester will always have something to surprise you with!