Owning a car is a very favorable thing. It lets us move around the city much more comfortably while reducing the amount of time and money we spend on transportation, and it also shelters us from getting late for our work or other similar responsibilities. Overall, driving is a very efficient way of getting to places we need to be.

But driving is something that requires us to be in very good shape, both mentally and physically, and that is why there are many regulations and laws when it comes to driving: to make certain that people follow them through, and avoid possible undesirable situations.

On paper, to drive a car we should be capable of focusing on the practice, and for that reason, it is illegal to drive while using a phone, and it is recommended to pay attention to the road without too many distractions, like loud music, or discussions with other people. 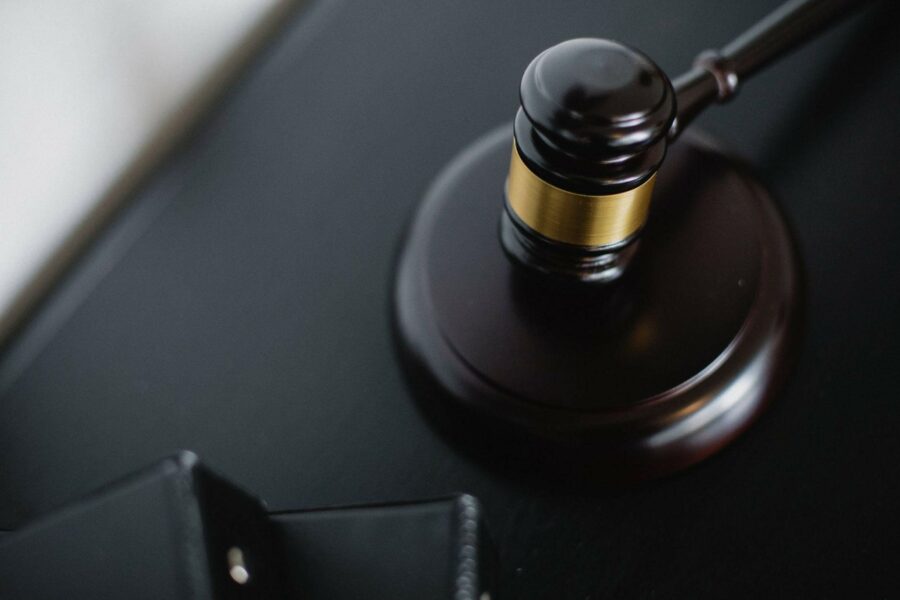 When it comes to the physical aspects of it, there are many things you should fully avoid, such as:

As you might have already expected, people often don’t obey these rules, and end up making the mistake of driving under poor circumstances, especially while drunk. Inside the United States in 2018, more than 10,000 people died because of incidents caused by driving while drunk, an average of 1 person every 50 minutes. Also, around 30% of the traffic incidents registered during that year were caused because of alcohol.

This information makes it clear that a lot of people still commit this particular infraction even considering the possible results. Most of the time, however, this infraction is committed just because people tend to be either too prideful about driving, or too blinded by the effect of the alcohol to come up with reasonable actions.

And this is particularly dangerous, not only for the person driving but also for other drivers as well as any bystander, making it a very selfish and inconsiderate thing to do since it can end up ruining the life of a lot of people if an accident happens, especially if they prove to be fatal.

The Effects of Alcohol in People

Alcohol, as shown over here, can greatly affect several physiological functions, greatly reducing the driving ability of people by a lot. The most notable reasons why people should not drive while drunk, include:

Thus, the best approach you can take to being drunk is always to wait to sober up before drinking, either by sleeping or taking special actions to sober up. Driving should only be done once all the previously mentioned symptoms have been managed and you are fully capable of handling the wheel. 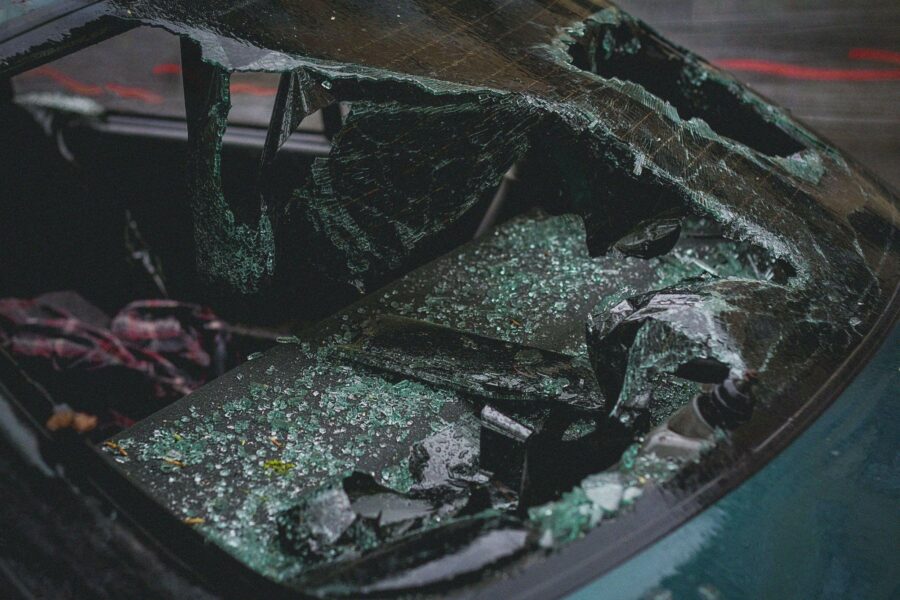 A lot of people don’t take drunk driving as seriously as they should just because they believe that everything will go fine. Some people have done it before and have had luck so they think that they’ll always be lucky. Sadly, that is not always the case, and doing it can result in several negative outcomes.

Some of the common outcomes include destroying public property and causing serious or fatal injuries to yourself and others. Depending on the situation, you could also be charged with a DUI offense, also known as a Driving under the Influence charge.

A DUI charge severity might depend on the circumstances. If you were caught drunk while driving before causing an incident, the charge will be far less serious than the charges you would otherwise receive from causing public damages, traffic incidents, or running over someone. In such scenarios, you might end up in jail for up to 25 years, depending on the state of affairs of the event.

if the case is less severe, you will still deal with a very complicated situation, that will usually require a lot of money, and might even result in you losing your driving rights for a very extended period of time.

The Way a Lawyer Can Help

As mentioned earlier, DUI cases are relatively expensive and will require a lot of money and time. If it is your first felony, you might also want to hire a lawyer to help you through the process and reduce the weight of the outcome by a small margin. The lawyers found at MyLocalDUILawyer.com are considerably trustable, so you might as well give it a try.

The reason why hiring a lawyer is usually a good idea is because, although they might not be able to save you from your mistake and make a huge difference regarding the whole process, they can still play an important role in the final outcome based on the situation. There are many factors deciding the final outcome, thus, it can be difficult to predict how much a lawyer will be capable of influencing it, but, they are still very useful for your first experience with a DUI.

This is because they not only understand all the legal processes required to manage the procedure adequately, they can also save you a lot of time and stress, and will also be great mentors to understand how to handle upcoming occurrences. They are also capable of providing great advice when it comes to recovering some of your privileges, and can also make paperwork and management much more bearable.

That being said, understand that because of the severity of a DUI offense and the way laws regarding them currently work inside the United States, the result of the case will be more likely decided by the circumstances of your offense, thus, expectations should be realistic. 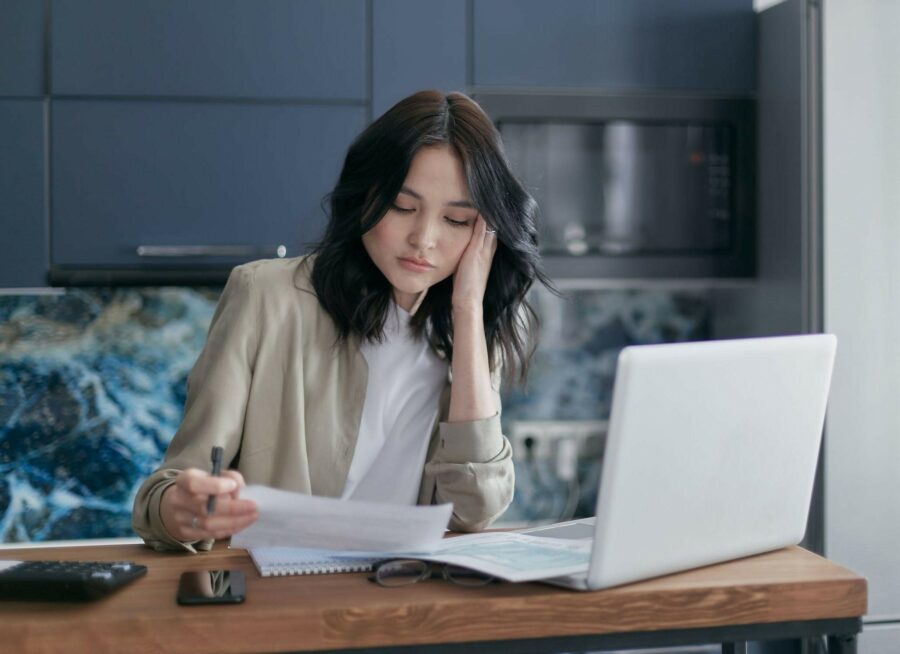 Besides DUI cases being expensive and time-consuming, they might also take a toll on your professional and personal life. Some of the most common consequences include:

General Advice on How to Avoid Driving While Drunk

As previously mentioned in this article, most people end up driving while drunk of their own free will. Considering that many things can be done to avoid such situations, there’s never a reason to drive while drunk, ever. If you are reasonable, responsible, and unselfish, you will most likely do everything you can to avoid such a situation.

For those wanting to learn more about how to avoid driving while drunk, there are some recommendations you can take, but the most important one is, of course, prior arrangements. Some of the most common ways to avoid such a dangerous occurrence include:

You can also drink responsibly and take specific actions to reduce the effect of the alcohol. Some of the things you can do, as shown in https://www.medicalnewstoday.com/articles/321103, include eating food and drinking water while you drink alcohol and taking your time to take a good night of sleep.

If you are sure that you will be drunk for the night, it is heavily recommended to drive to the place you will be drinking at just to avoid your future, drunk self to take a poor decision. Ideally, though, it is always better to have a contingency plan for the occasion and prepare yourself for it. Give a friend a call to see if he can give you a ride or straight up ask for someone to take a nap on their sofa if you can.

Regardless of the circumstances of the event, you always have several options to avoid such a dangerous situation!

What to Do If You End Up Driving Anyways

If you, for some reason or another, ended up driving while drunk, you should try to reduce the chances of suffering an accident as much as possible. Driving slowly, carefully placing your seatbelt, not having distractions, and making sure you are driving at a little concurrent hour, are good examples of the things you can do to ensure your and everyone else’s safety.

You can also prepare a mindset for the event of being pulled over by a police officer, thus you will be more prepared to handle the situation in case it happens. I have heard stories of people who have a “To-Do List” in case they are pulled over, placed in plain sight for them to react accordingly. They grab the list, read it, and act based on it. Of course, this increases the chances of receiving a fine or a charge, but it is always better than acting irresponsibly.

The best thing to do is have the windows opened, be reasonable and polite, move your hands slowly and always allow the officer to see them, and follow all the instructions provided. If possible, try to always share the actions you will take with the officer handling the situation before actually doing them, so they know what you will do.

If you are drunk and people can notice it in plain sight, it is pretty much decided that you will get a charge. Other things that can increase the chances of you getting a fine include having drunk friends with you or an unorganized car with bottles and cans displayed around.

Although this is quite deserved, it is still very daunting to deal with, thus, reducing the chances of receiving a fine is something most people want. There are certain things and tricks you can try practicing and doing, yet, they are not always recommended. It is ultimately decided by how drunk you are and how capable you feel at handling the situation.

Being straight-up drunk, however, is definitely something that will play against you, and if you act while drunk, trying to be smarty pants, you’ll probably make things worse.

Depending on the situation, you might end up cuffed and in jail. If this happens, you might end up losing your driver’s license, and will receive a temporary permit until the whole case is handled. You will more likely need to be bailed out if you end up in jail, making it a very unpleasant, expensive experience in general.

The best you can do is go with the flow and let things happen. The more polite and reasonable you act, the better will be for all parties involved, so just make sure to go along with everything, as long as the situation is deserved.

Overall… Just Don’t Do It

Drunk driving is never worth it. If you balance the actual benefits from the disadvantages, you will understand how stupid of a decision it can be to write while drunk. There are no actual reasons for you to do it, and that is why it is something that should always, regardless of everything, be avoided. Just think about your family, yourself, and the considerable amount of damage you could cause to someone else because of it.

If you are a responsible, good person, you’ll stop even before considering the idea!